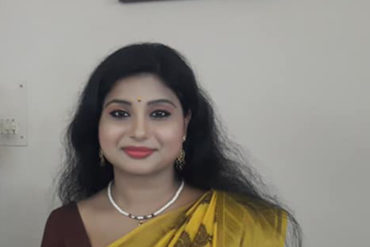 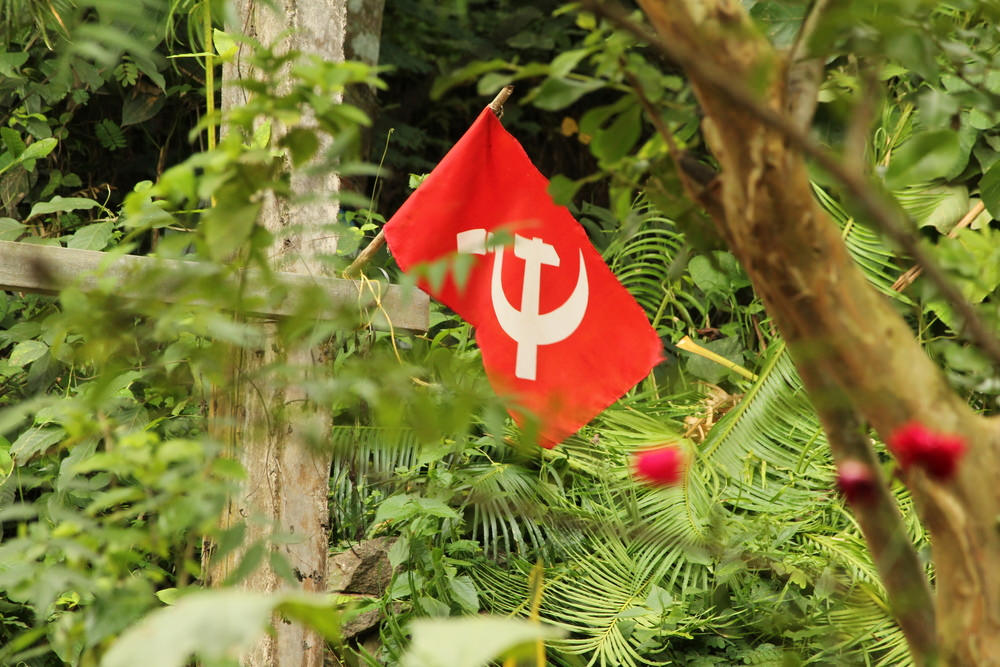 If the Thodupuzha Additional Sessions Court’s refusal to discharge Electricity Minister M.M. Mani from the Anchery Baby murder case has caused the Communist Party of India (Marxist) and Chief Minister Pinarayi Vijayan any embarrassment they have none to blame but themselves. They were aware of the pending case when they picked Mani to contest the Assembly election and fill the vacancy in the Cabinet caused by E.P. Jayarajan’s exit.

It is difficult to believe that the party and the Chief Minister did not take into account the possibility, howsoever remote, of an adverse court verdict. They presumably reckoned they can ride the storm, raising the familiar argument that the case is politically motivated.

The demand of the Congress leaders that Mr. Mani resign on moral grounds comes a little too late. The Opposition knew about the case and yet raised no serious objections when Mr. Mani was inducted into the Cabinet last month. The Court ruling has made no material difference to Mr. Mani’s status. He was a murder case accused when he was appointed minister and he continues to be one

The Congress leaders’ eligibility to claim high moral ground is questionable. Early on, the party did establish a tradition of ministers stepping down when they came under a cloud. But all recent resignations by tainted Congress and United Democratic Front ministers came under compulsion of circumstances. They quit only when their determined attempts to cling to the post failed.

As it is, there is nothing to indicate that the Court verdict has caused any embarrassment to Mr. Mani or the State CPI (M) or the Chief Minister. In characteristic style, Mr. Mani said the verdict did not touch any hair on his body and he would not resign. He would exercise the option of appealing against the verdict.

Party State Secretary Kodiyeri Balakrishnan rejected Opposition demands for Mani’s resignation on the ground that the case was not a new one. The Left Democratic Front Convener Vaikom Viswam also said there was no need for Mani to resign.

Former Chief Minister V.S. Achuthanandan has reportedly backed the demand for Mani’s resignation in a letter to the CPI (M) Politburo. Mr. Mani has knocked the bottom out of his stand by pointing out that Mr. Achuthanandan was the State Secretary when Anchery Baby was killed and he himself was away in Midnapore for a peasants conference.

Mr. Achuthanandan has been striking a different note from the State party on issues for some years now. Four years ago when the party was defending itself against allegations in connection with the murder of T.P. Chandrasekharan, who had formed a rival outfit styled as Revolutionary Marxist Party, he had visited the slain leader’s house to condole with his family. A few days ago he voiced disapproval of the police action against Maoists in the State’s forests and the clamping of the Unlawful Activities Prevention Act against Maoist sympathisers.

Mr. Achuthanandan’s carefully articulated dissents are part of the sectarian battle he and Mr. Vijayan have been engaged in. Although the central leadership was able to persuade the latter to appoint him as Chairman of the Administrative Reforms Commission with the status of Cabinet Minister, he is not quite satisfied with the attendant facilities.

The recent developments in the State CPI (M) have another dimension too. They are manifestations of the pain of transition from Stalinism to social democracy, which has been going on quietly for years.

Thereafter, he went through a transformation which can only be termed a miracle.  He rushed from one distant place to another to be with people in distress and emerged as the darling of the masses.  His new image made it impossible for the State leadership to deny him the Chief Minister’s post which he coveted. But the Party Secretary kept sending notes to him telling what to do or what not to do, and he obeyed.

Mr. Mani, who was the party’s Idukki District Secretary, broke with Mr. Achuthanandan when, as Chief Minister, he ordered that illegal constructions in the hill resort of Munnar be razed to the ground. He threatened to cut the limbs of anyone coming to demolish structures. No limbs were cut but opposition from within the party and its chief ally, the CPI, forced the government to pull back.

Since becoming the Chief Minister, Mr. Vijayan has been undergoing a transformation somewhat similar to what Mr. Achuthanandan went through as Leader of the Opposition. This became clear when the nepotism charge against Mr. Jayarajan, one of his closest associates, came up. When Mr. Jayarajan’s sister-in-law P.K. Sreemathi, as a Minister in the last LDF government, invited charges of nepotism, as Party Secretary he could have intervened but did not. But when the charge against Mr. Jayarajan surfaced he put his foot down.

However, Mr. Vijayan’s bid to refurbish his image suffered a setback recently with critics assailing his police policy.  Some of them have gone so far as to suggest that there is no difference between his government and the BJP’s.

The case in which Mr. Mani figures as an accused arose from a speech he made while the CPI(M) came under attack for Chandrasekharan’s murder. Declaring the party had eliminated political opponents, he spoke with a dramatic flourish about some murders: one was shot dead, another was hacked to death, a third was beaten to death. A video recording of the speech aired by the channels prompted the then UDF government to order an investigation. It resulted in the reopening of the 1982 case which had failed for want of sufficient evidence and the citing of Mr. Mani as an accused.

Anchery Baby, who was shot dead, was a leader of the Youth Congress and the INTUC. There were nine accused in the original case. The Sessions Court acquitted all of them and the High Court, on appeal, upheld the verdict.  In the reopened case, K.K. Jayachandran, who succeeded Mani as the District Secretary, and another party man also figure as accused. Considering that 35 years have elapsed since the crime was committed, it remains to be seen if the police can find enough fresh evidence for the prosecution to succeed. But, then, murder is murder, and the law must take its course.

One of the persons who reacted strongly to Mani’s 2012 disclosure about the Idukki murders was Narendra Modi, who was then Chief Minister of Gujarat.  He raised a few rhetorical questions: Where is NHRC? Is the government in Delhi sleeping? What is the Kerala government doing?  He also raised the issue of RSS workers getting killed in Kerala. Now that he is heading the government in Delhi, he must be aware of its limitations and those of the NHRC. As for the RSS, like the CPI (M), it is both a perpetrator of violence and a victim.

Physical liquidation of political rivals and violent agitations in factories and other establishments were a part of the strategy and tactics the CPI (M) employed to gain ascendancy in West Bengal and Kerala after the CPI split in the 1960’s. The acts of violence helped create in the rank and file the impression that the CPI (M) was the true inheritor of the communist movement’s revolutionary traditions.  Leaders like E.M.S. Namboodiripad in Kerala and Jyoti Basu in West Bengal made no effort to disabuse their mind of such infantile notions. If anything they reinforced their mistaken notions by ritualistically repeating that theirs was not a party which believed in non-violence.

The young people whom the CPI attracted in the 1950’s believed they were going to be part of a revolution which was around the corner. The young ones whom the CPI (M) has been attracting since the 1980’s suffer from no such illusion.  They join the party knowing it is a part of the prevailing power structure, and revolution is not a goal to be reached in their lifetime.

Over the years the social democratic character of the CPI (M) grew steadily although the leadership has refused to acknowledge it.  In Bengal, where the party held unbroken sway for more than three decades, it collapsed soon after Basu’s exit. In Kerala, where it had to be content with alternating in power with the Congress-led UDF, it  has a strong economic base, thanks to investments in commercial ventures in several sectors including media, medical care and tourism and ability to attract donations not only locally but also from Keralites abroad.

The difference in the way the party has responded to the cases of Mr. Jayarajan and Mr. Mani merits attention. Apparently it is ready to sacrifice a high-ranking leader accused of nepotism but not one who was allegedly a party to political murder. It underscores the dilemma of a party in transition. In the party’s lexicon, murder is what others do. What its own minions do is defence. 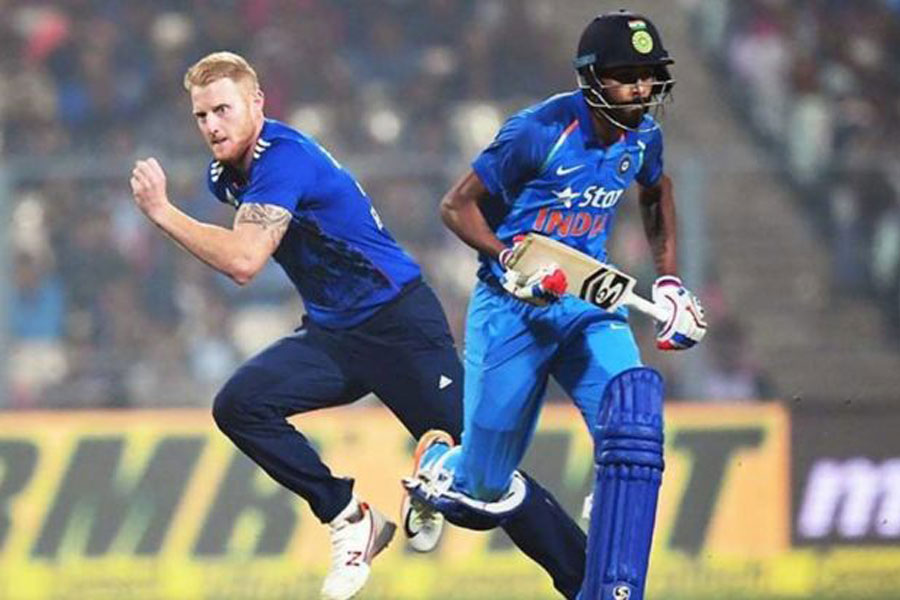 Time Pandya took a leaf out of Stokes’ Method