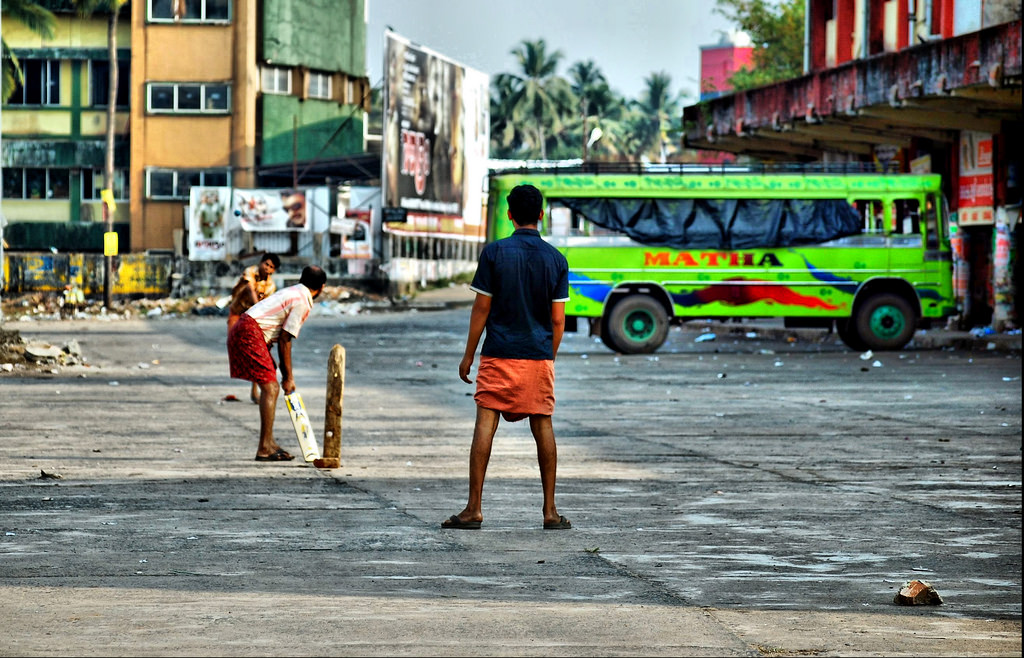 The previous UDF government in Kerala has constantly been in the news during the last year of its term mainly due to the scams and scandals in which many of its prominent Ministers were involved. Another reason was the introduction of the Kerala Hartal Regulatory Bill, 2015, which the then Home Minister Ramesh Chennithala had proposed, in order to curb unnecessary hartals and the damages caused by them to the public and the State. Though this move was protested by the LDF, which was the Opposition, it had received a positive response from the public.

The Hartal called by the UDF in Thiruvananthapuram, on Wednesday, however, was contrary to the principles they preached. The Opposition leader is having a tough time explaining whether the Hartal was necessary or “unnecessary”. Is it because the Bill was shelved by the ruling LDF government that the Opposition thought it would be fine to call a hartal? Only the UDF can explain the reasons.

But the Opposition leader, who was successful in creating a stir among the public with his Facebook post, seeking opinion regarding the Bill, has again come up with another post explaining why his party had called for one on Wednesday. In his post Mr. Chennithala wrote, “We see hartal as a mode of protest only in an unavoidable situation, like the one that happened recently. Hartal can be announced in an emergency situation and that is the main reason why the Bill is called the Hartal Regulatory Bill and not a Bill to ban hartal completely. Also, if the LDF had supported the Bill and cooperated with us in passing it, this hartal may not have been announced.”

However, the Leader of Opposition’s action to save his face was in vain. Various trolls on social media were representative of this fact.

Why the Bill was proposed

Mr. Chennithala had written a post on his Facebook page on the proposed Bill seeking public opinion. This post had gone viral and was viewed by around 23 lakh persons, and over one lakh persons responded to it through comments, likes, and shares. While presenting the Bill before the Assembly, he said that the government wanted to mitigate the socio-economic effects of hartal. The LDF government is, however, of the opinion that it is the fundamental right of any citizen to demand his/her rights and that this Bill is anti-democratic and anti-people. They had also accused the UDF of holding 40 hartals when the LDF was the ruling party. 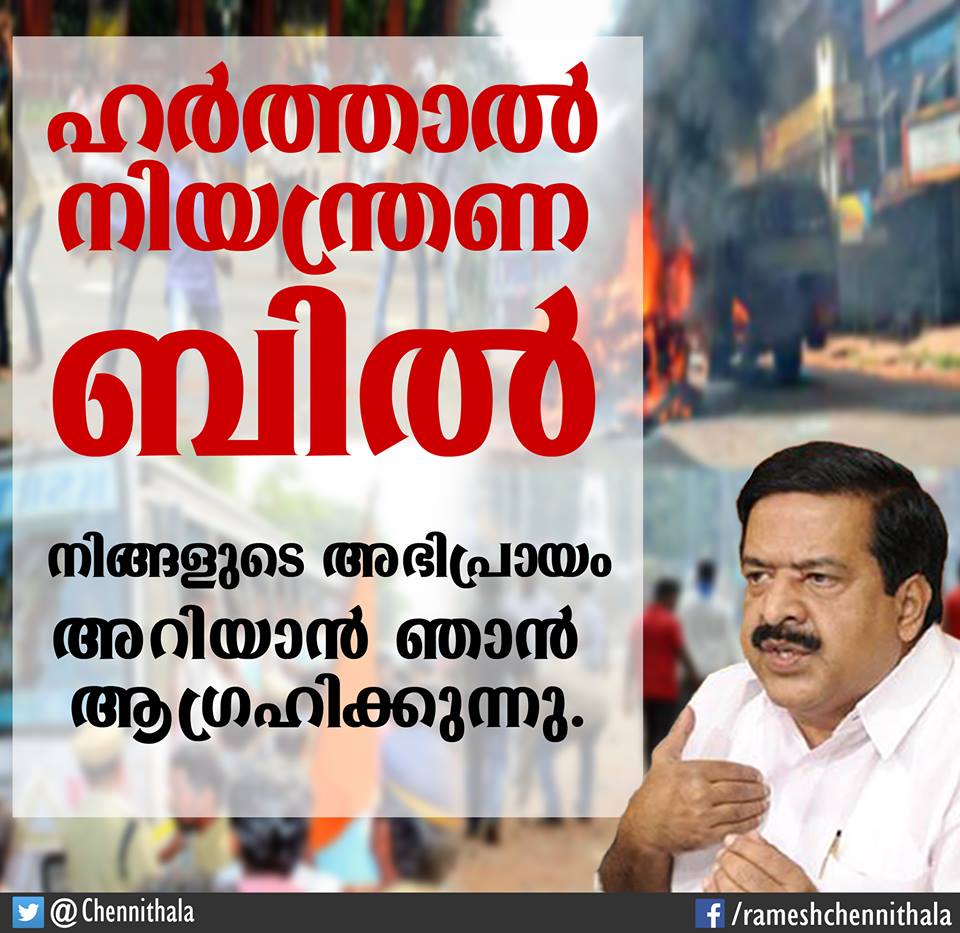 Mr. Chennithala also said that there is difference between rights and restrictions and that the aim of the government is to curb unnecessary Hartals.

Practical problems in implementing the Bill

Advocate Ajith Kumar explained the legal implications of the Bill.

“This proposal itself is a mockery. Why is there a need to propose a Bill? Hartal has already been termed as an unwanted thing by the Supreme Court. The political parties cannot do without organising hartals and bandhs. If a proper Bill is being drafted and a legislation is formed, these parties can then conduct hartals by saying that they are abiding by the rules of the Bill. The political parties just want to dilute the violent actions done by them during hartals and it is only a wise move to legalise their illegal activities. Hartals are nothing but the means of protest these parties seek. They save their face by calling it for the public. But it’s a clear fact that these hartals do no good for the public and instead cause an inconvenience to them and a huge amount of loss to the State as well,” he added.

‘Say No to Hartal’ started by Raju P. Nair, a member of the Congress party, was the initiative that paved the way for the introduction of the Bill. Some of the criteria put forward by this initiative has also been included in the Bill, like the proposed notice period for declaring hartal must be extended to seven days from three days; the organisation that calls for hartal should serve notice to the government to ensure accountability; there should be a provision to complete the civil cases demanding compensation for hartal-related damages; forcible closure of shops will be punishable; and no restrictions will be imposed on the movement of vehicles.

Media critic and advocate Sebastian Paul spoke to The Kochi Post on the practical issues of implementing these guidelines.

“It is never possible to bring a regulation to Hartal by making it a legislation. Drafting a Bill is just a stupidity and a means to convince public that the party is trying hard to do something for the people. Hartal nowadays is nothing but invasion of rights that in turn curtails one’s fundamental right,” he says.

He added that the guideline, according to which the notice period of declaring a hartal should be seven days, is not practical because hartals are announced when an extremely unpleasant incident happens and these cannot be predicted. He is of the opinion that holding a hartal, seven days after an incident has occurred, will in no manner contribute to the protest.

The public, however, has always supported the motion of ‘saying no to hartal’ because the common man is the most affected. The commuters get stranded at railway stations and bus stations, hospital cases remain unattended to, and the loss incurred by those who have businesses is also very high.

Stressing on the point that there cannot be a legal solution for hartal and that it requires a political solution, C.R. Neelakantan, State Head of AAP, said that Bills are a means to fool society.

“Hartals can never be regulated by any Bill, but can be easily accomplished if the political parties decide to do so. Hartals are being organised by the political parties for getting their needs fulfilled. It is a clear indication of the fact that they do not have any say or hold in the establishment and need to carry out a protest that has violence, in order to be in the forefront,” he says. 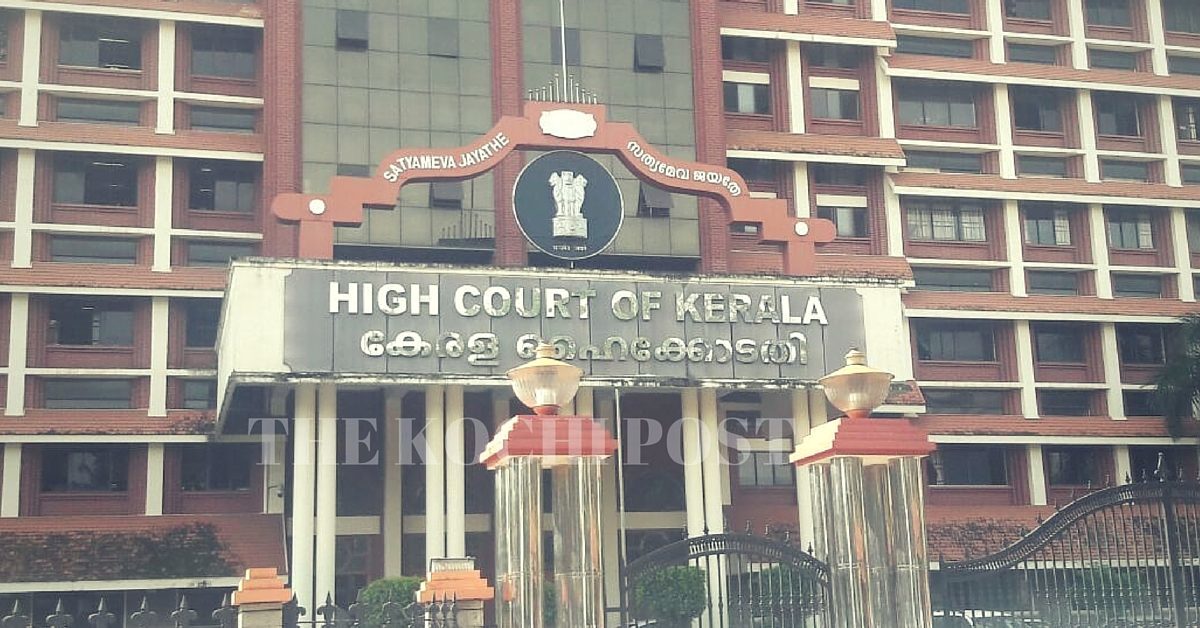